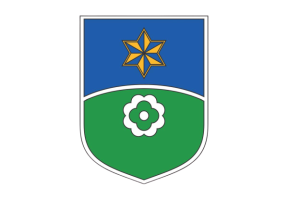 General presentation of the municipality

Click HERE to view the map of the Municipality of Mislinja.

In terms of size it is one of the largest in Slovenia, with an area of 112 km2. It has 11 settlements and 1265 house numbers, with around 4700 inhabitants. It is a typical rural municipality. Its territory extends from an altitude of 520 meters in Spodnje Dovze to the highest peak of Pohorje, Crni vrh, which is 1543 meters high.

It’s one of the largest municipalities by surface area and is rural in nature. The municipality occupies the upper part of Mislinja Valley and Dolisko podolje and mountainous regions between Paski Kozjak, Pohorje and Graska gora. The Municipality of Mislinja is part of the Carinthia Statistical Region. It covers an area of 112 km2.

GEOGRAPHICAL OUTLINE OF THE MUNICIPALITY OF MISLINJA

A geological formation of the municipality is very rich, because crystalline rocks of Central Alps of Pohorje and limestone and dolomite of the Karavanke join right at the center. At Pohorje we can find intrusive rocks, primarily tonalite, dacite and different metamorphic Paleozoic sediments, especially mica-schists and gneiss. The geological formation is also reflected on a surface, since the soil there is often acidified and marshy because of the impermeable rocks. Foresters are pleased with such soil composition, because on a deep, moist soil the dark forests grow, but on the other hand, farmers are dissatisfied due to the poor feed that is growing, that is why the floor is strewn with limestone. Almost the same size is the Karavanke area, an area of Zavrs - Sencnih, Srednjih in Soncnih, built mainly of tertiary conglomerates, sandstones and sand on a dolomite basis. The Karavanke region rises to the lime peaks, Tisnik and Pecovnik, between which the Paka River engraved the Huda Luknja gorge.

The tertiary limestone massif continues into Paski Kozjak (1272 m). In this area, our people are having difficulties with the water supply due to the calcareous base. Forests are also rare and they mostly have a protective function. This part of the municipality is covered by more picturesque vegetation than that of Pohorje. This is especially obvious in the spring, when in the rare forests hellebore comes into blossom, where the rugs of the spring heather glow up, and when the yellow patches of primroses and primulas appear in the meadows. In the late spring, especially at Kozjak, the radiant pads of white lilies of the valley appear.

Even the local people, eager for the work and home, cannot resist these beauties, and that is why the walking paths toward Završe, on Borovje, through Turjak into Sentflorjan, on Paski Kozjak come alive.

Between Kozjak and Pohorje is Dolisko podolje, which begins at Losperk pass, where the pass between Paka and Hudinja starts. The place is divided into Lower and Middle Dolic (or Sentflorjan) and Upper Dolic. The lowest parts are swampy, built from the Quaternary alluvium.

Streams are not regulated, and therefore they are exposed to flooding. Settlements are located in an upland area, mostly on the sunny side. Dolisko podolje ends at Huda Luknja and on the Mislinja hill, on top of which there is a junction between rivers Mislinja - Drava and Paka - Sava. There on the top of the Mislinja’s hill the church of St. Lenart is located. There the waters from the north wing of the roof flow into Mislinja, and from the south wing into Paka River.

CLIMATIC CONDITIONS are mostly mountainous. Winters are very long because of an early snowfall, mostly at the beginning of November. Snow remains until April, and that gives us many winter sports opportunities: Alpine and Nordic skiing, sledding, and curling. Winters can usually be a nice season because temperature swings (inversion) create more sunny days than there are at the bottom of the basin of Slovenj Gradec, which lies 200 meters lower. The Meteorological observatory has been situated in Mislinja for years. Annual rainfall in the area is around 1700 mm, average January temperature is -3°C, and July temperature +18°C.

HISTORICAL BACKGROUND OF THE MUNICIPALITY OF MISLINJA

Today’s image of the place was formed by our ancestors who lived here for at least 10.000 years. Each generation left some traces, the oldest were left by the ice age hunters in the Spehovka and Huda luknja caves. Shortly before the Second World War, archaeological researches were undertaken under Professor Srecko Brodar's leadership. They found stone tools from the Neolithic Era: a harpoon, a bone awl and cave bear skeletons. Archaeological finds are held at archaeological museum in Celje. The period during the Roman state left several traces. Zavrse was populated, two gravestones, which are now built into the walls of the cemetery near the Church of St. Vid were found there. More finds were discovered in Dovze: today, the gravestones are built into the walls of the Dovzan and Sentilj churches. The remains of the villa Rustika testify of the farm court, which included large buildings intended for the landowner, many farm buildings and rooms for the slaves. The first archaeological excavations were carried out before the Second World War by Vinkler, a notary from Slovenj Gradec, and the last ones by the Archaeological Museum from Slovenj Gradec. They found some pieces of ceramics, coins, glass... and covered the walls with soil, so today we can find a meadow at that spot. Stamps on the roofing tales tell us that there in Dovze used to be a brickyard; and the names on the tombstones tell that the population was Roman and Roman Celtic. During the Roman period there was a road that ran through our place, connecting the provinces of Panonia and Noricum. It ran from Vitanje, on the sides of Pohorje, through Sentflorjan, on the slopes of Tolsti vrah and Turjak through Mislinja. The remains of the road from Mislinjska Dobrava to Stari Trg (Old Square) are well visible. In the medieval times, the territory was included in the “province of Slovenj Gradec”, which held a special position between Carinthia and Stryria, until it was assigned to Styria during 1362 and 1363. The church territory belonged to the Patriarchate Oglej or to the main parish in Smartno, from which the parish in Stari trg was separated before the year 1106 and from it the independent parish of St. Ilija (Egidius) in 1397. From the 10th century, the land estate was passing down from Breze-Selske family, around 1040 to Spanheim, Traungav and Andes family and from 1251 to Patriarchs of Oglej. The estate of the patriarchal territory was united, that is why not many feudal facilities were established there. On our territory such a castle was Valdek, which was a patriarchal feud. His task was to protect the road passage through Zavrse into the valley of Dolic or into the valley of Vitanje. The crossing over the Plata pod Turjakom was guarded by the Straza road guard. At the beginning of the New Century the capitalist production also came to us.                                                            In 1723, entrepreneurial Anton Hanzic from Carinthia obtained the rights to start with the ironworks on the upper course of the Mislinja River. With the help of experienced rudders he organized collecting of ore, introduced charcoaling and built iron foundries on the Mislinja River. The iron foundry was a smaller melting factory (Catalan furnace). With the large water hammers they coined, tinned the raw iron, which contained lots of carbon, to be used for forged products (axes, saws, plows, etc.) Altogether there were six iron foundries, of which only a few remains remained. In 1756 the establishments were bought by Mihelangelo Zois, who built a 9 meter high furnace or "blast furnace", the second highest in Slovenia. It was situated at the place of the building in which the store Anka is located. Towards the end of the 18th century, the estate and all the facilities were inherited by baron Ziga Zois, who owned many other manors. He preferred to stay in Carniola and in Mislinja he only had keepers. Around 500 letters of Ziga Zois, found in the archives (wooden chests) of the Mislinja manor and brought to work museum in Ravne na Koroskem, prove that he contacted them on a regular basis.

Ziga Zois had no successor, so the plants were inherited by his nephew Bonazza.  The latter increased the iron plant; it was called “Eissenwerk Missling”. Towards the end of the 19th century, it often changed owners because it was making losses (less ore at home, an expensive sled transportation, etc.)  In 1900, failed iron foundry was bought by A. Perger, who initiated wood production, set up a railroad for timber harvesting and electrified it in 1914. For lower quality wood he set up a cardboard factory and a barrel factory; most of the wood was cut with his sawmill. After the Second World War the entire Perger’s property passed into ownership of the state. At the end of the 17th and at the beginning of the 18th century, deep in the Pohorje forest, in the basin of the Mislinja’s tributary Glazutnica, the glass factory or “glazuta” was in operation. It was one of the seventeen that were at Pohorje. Even though it was one of the smallest, some local people still have some glass products, which they claim to be from the mislinian glazuta. Glass manufacturing was governed by skilled immigrants. The production was maybe organized on the basis of publishing (slov. zaloznistvo) because the last name Zaloznik is a very common name in these parts. But the name of the stream and the name of this part of Pohorje - Stara Glazuta and Spodnja Gazuta will forever remain unchanged. Until the Second World War, Mislinja was a famous industrial site with substantial job opportunities and with less serious social problems as elsewhere. Ideas about social revolution also reached our town. They were brought in by students and school pupils from major cities. Especially liberally orientated was the youth of well-known merchants and innkeepers from Sentlenart:  Prevolniks, Cebulars, Irsices, who were the first ones to fight against the occupying forces. Almost the entire population joined the fight, either passively or actively, therefore the number of victims of the occupier’s violence was high. After the war, our city joined the efforts to rebuild the homeland, the youth brigades were cutting wood, building schools in Mislinjski jarek, Sentilj, Dolic, and Zavrse. Also cooperative home, fire station, etc. They have done a lot, the only thing is that they were bad managers, for production operations of the paper mill and the barrel mill ceased, but they developed some of the textile industry.
Photo Gallery
Mislinja from the air 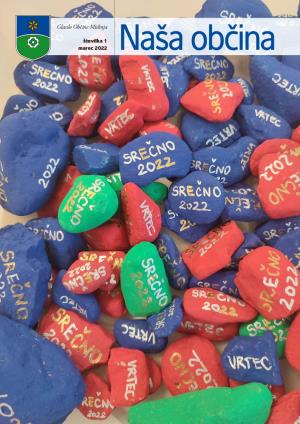 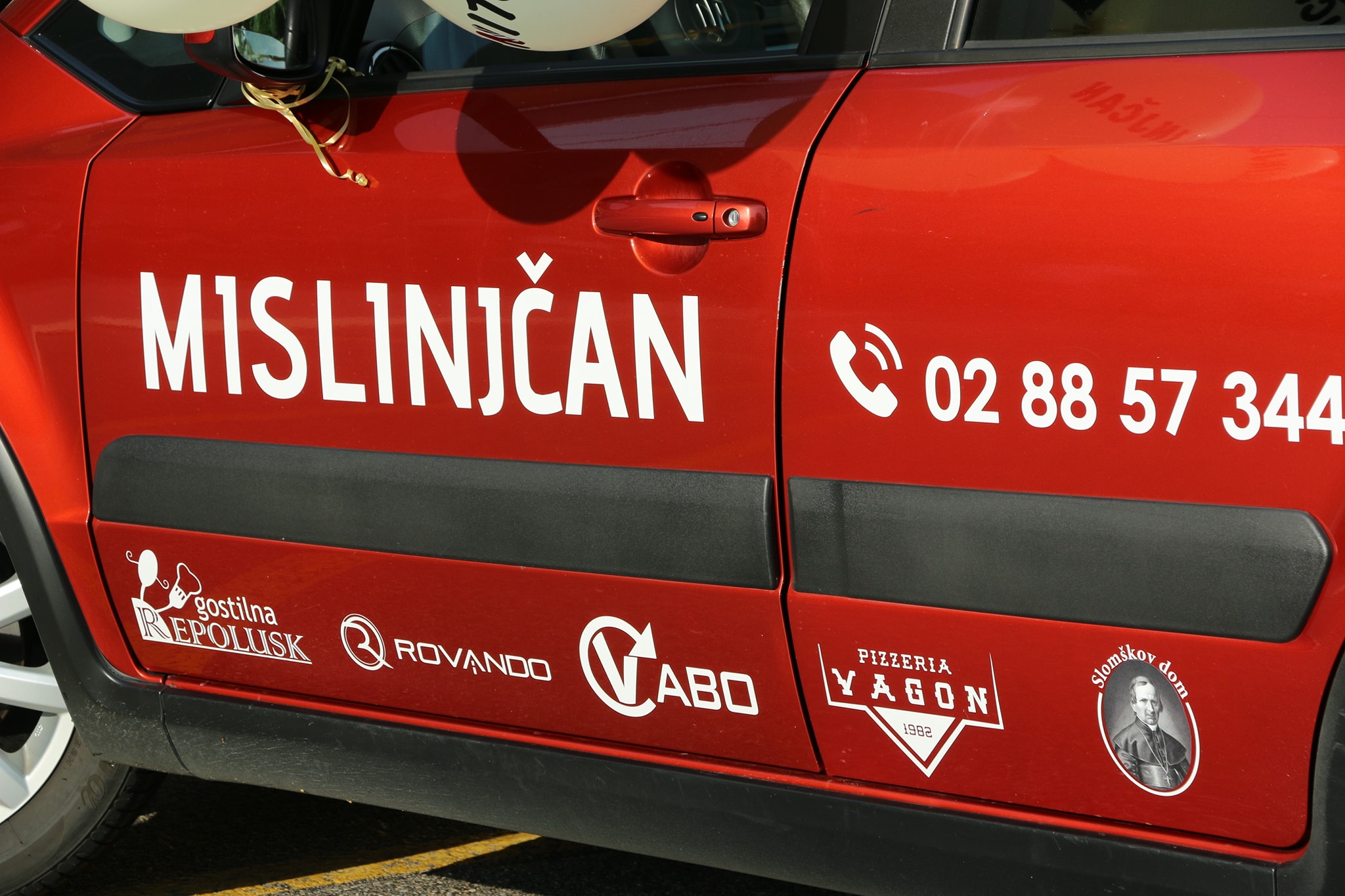